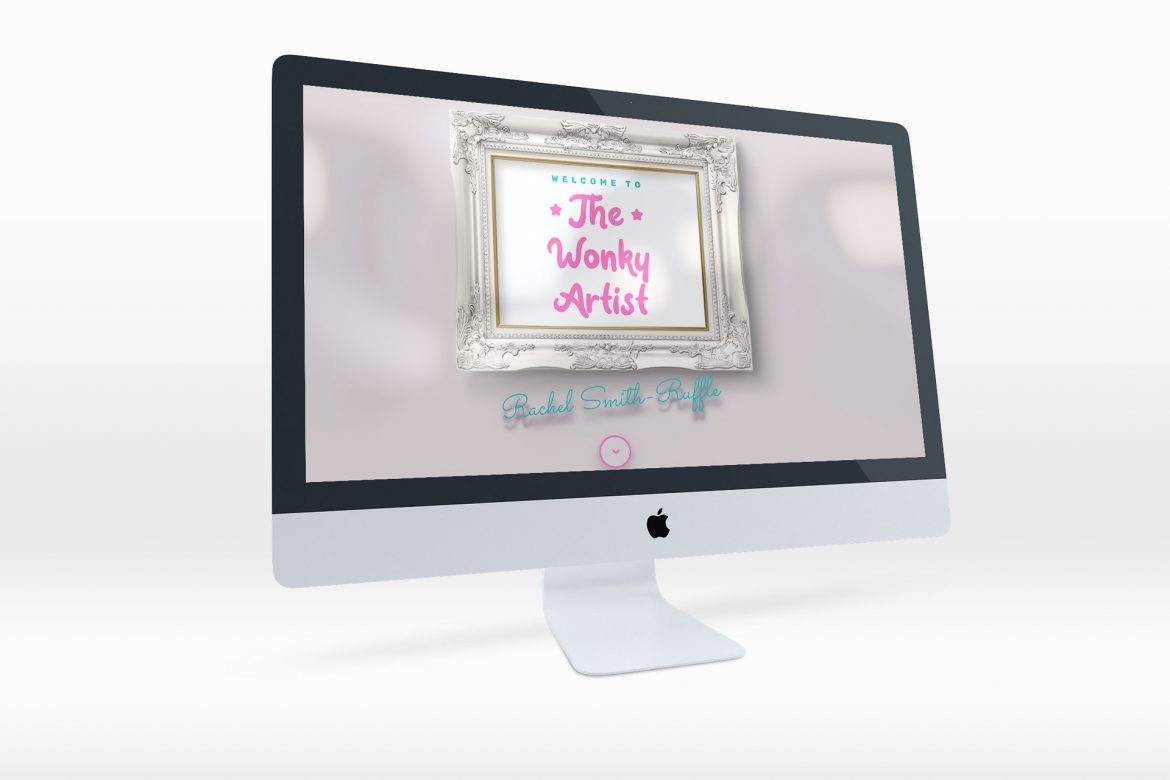 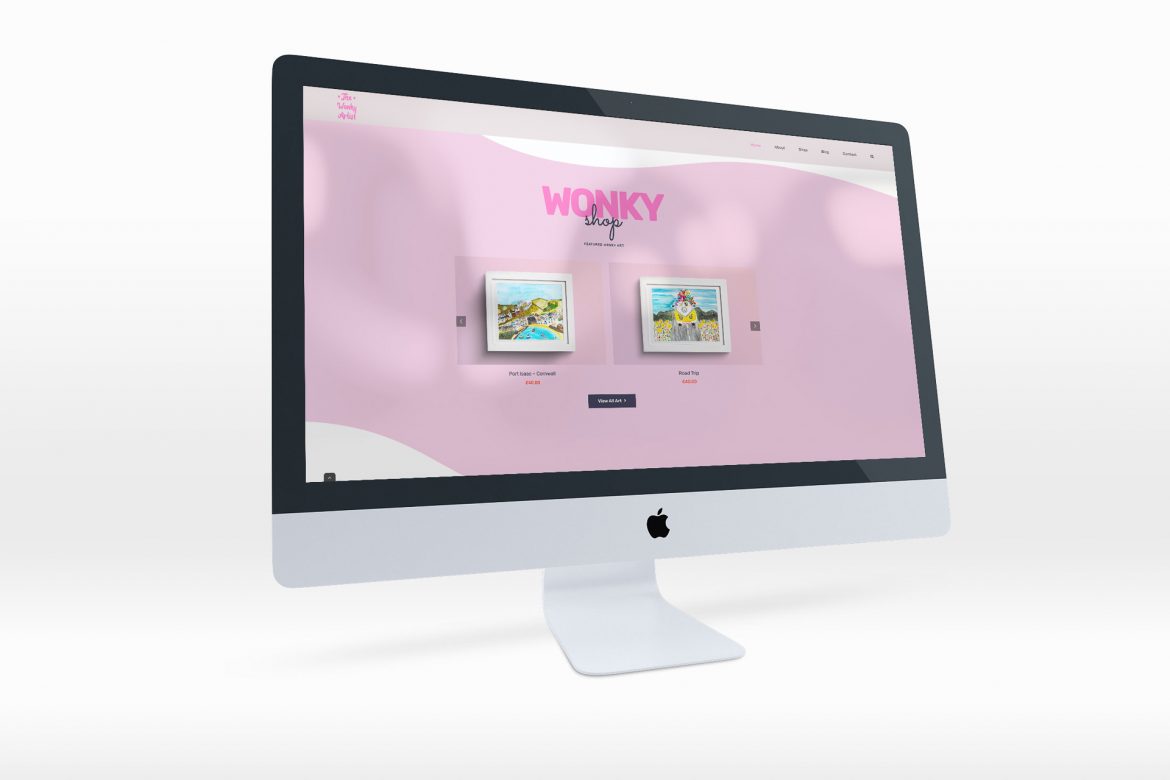 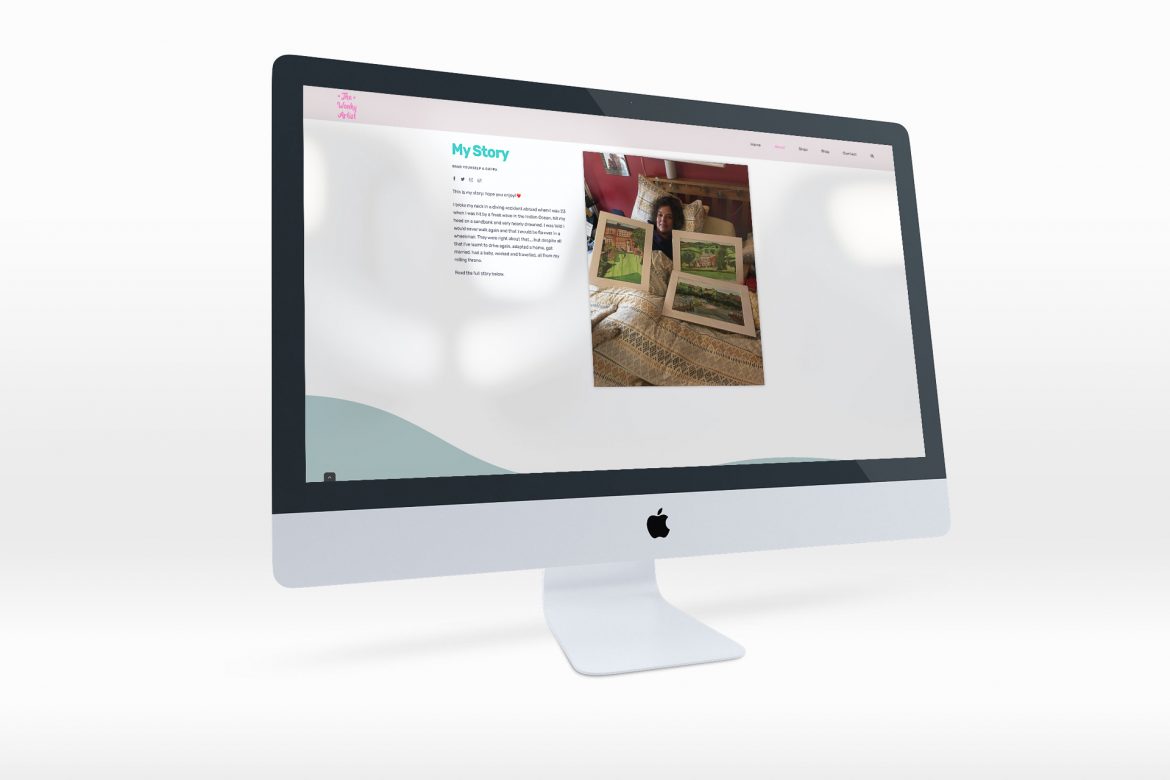 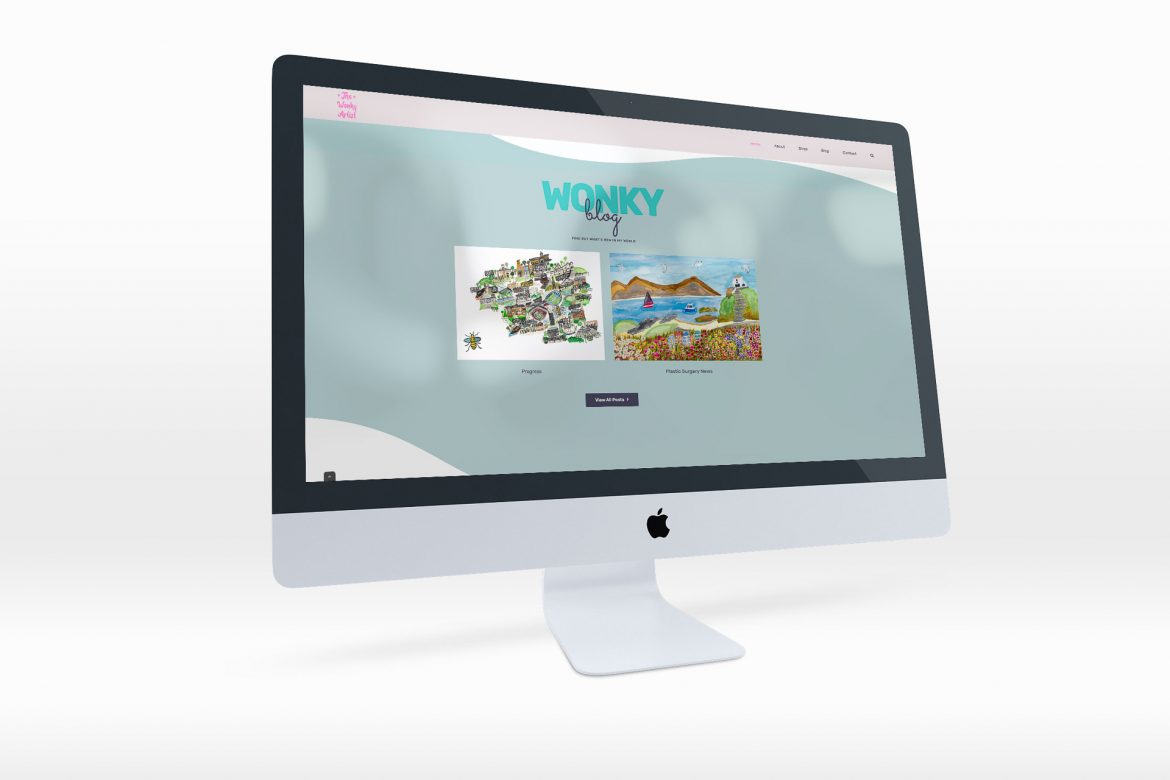 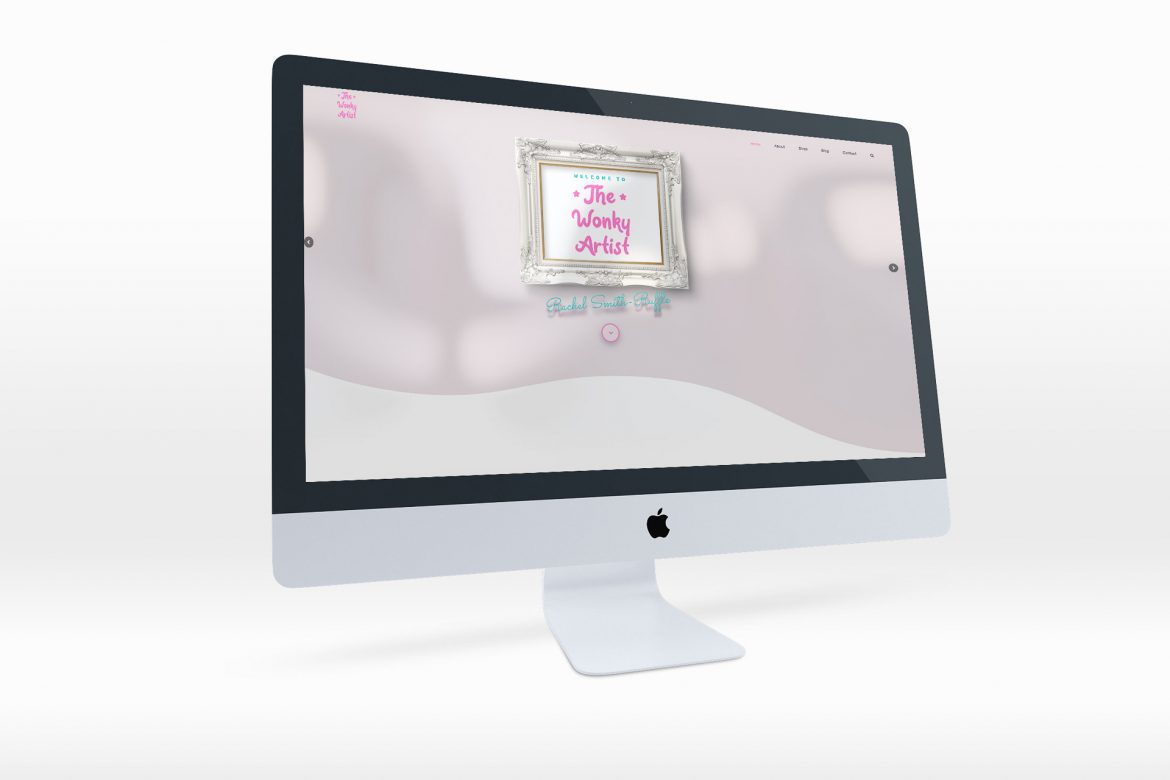 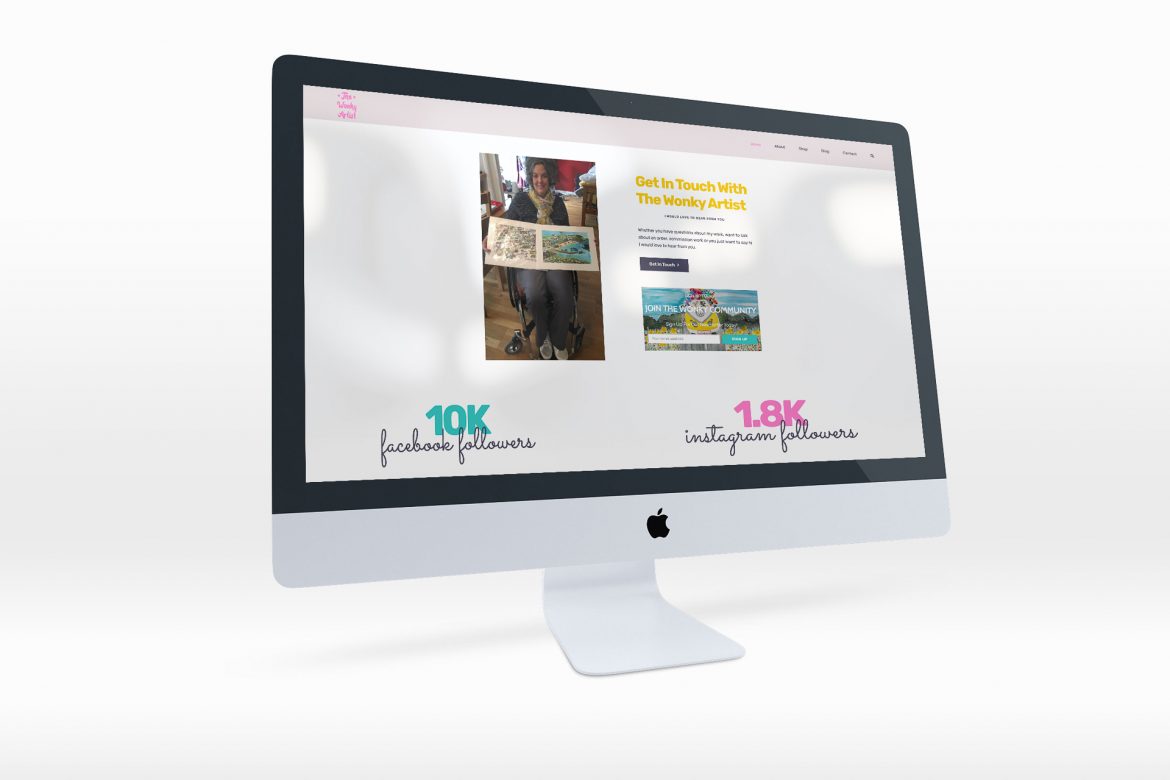 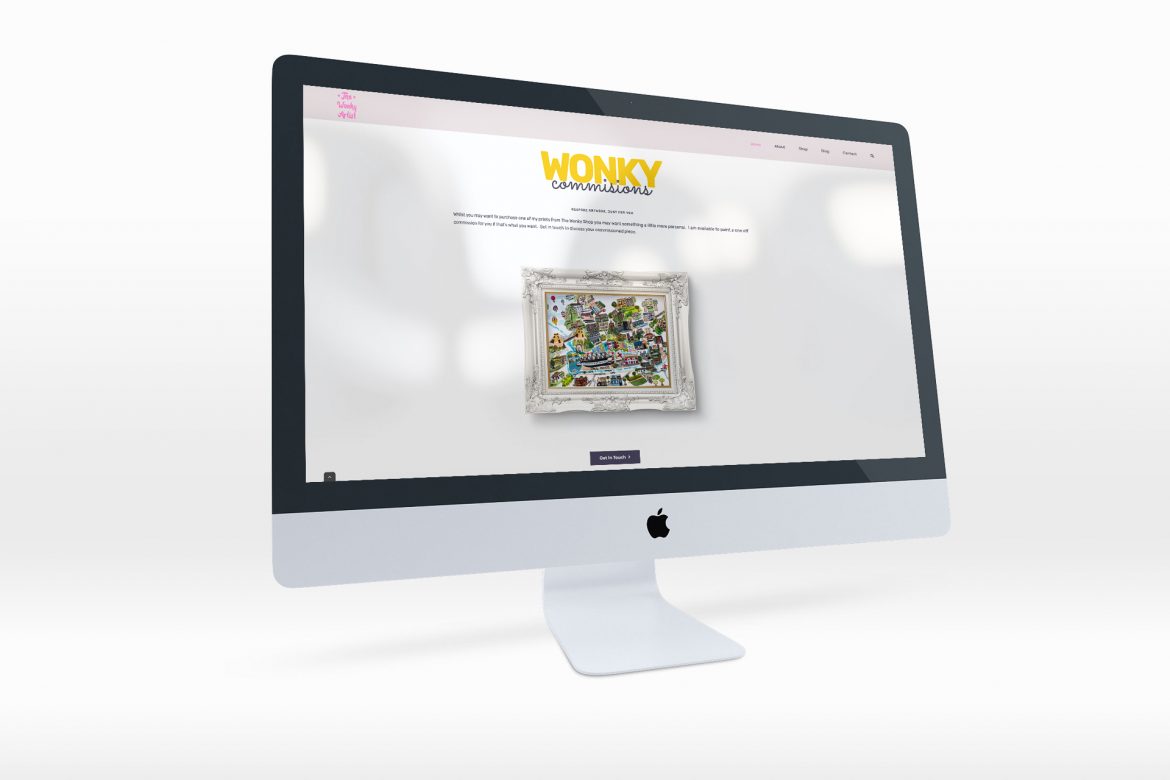 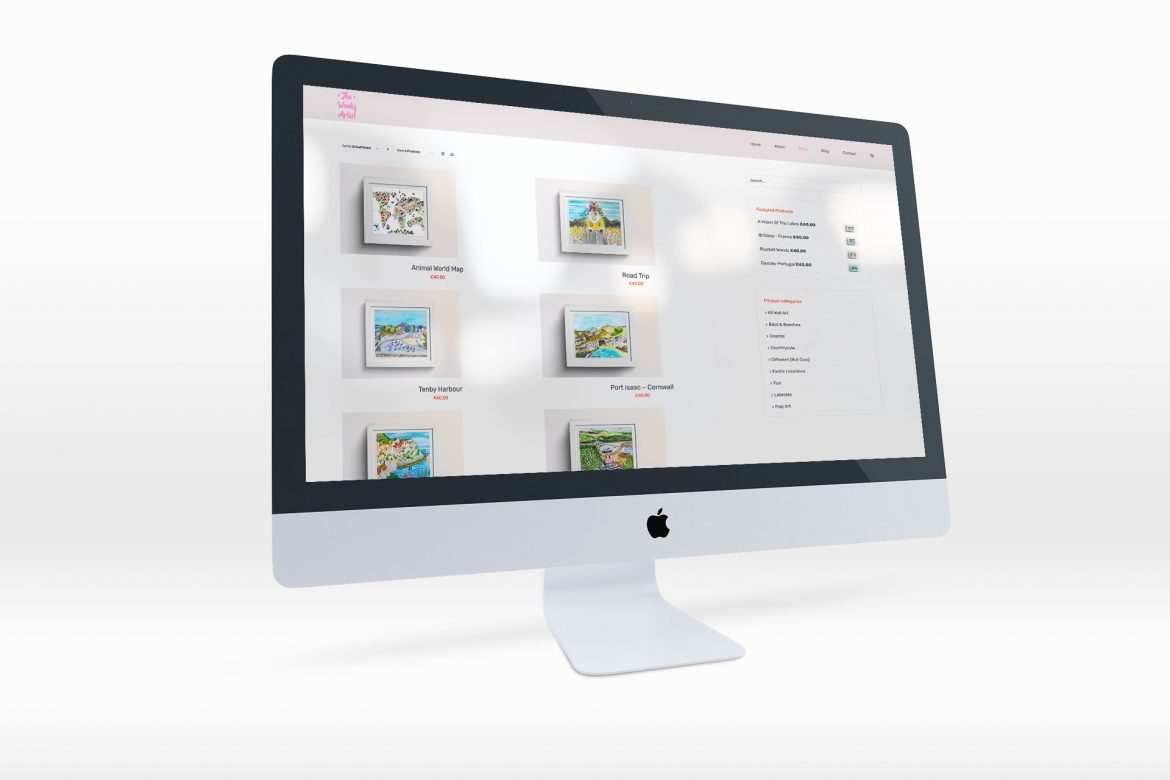 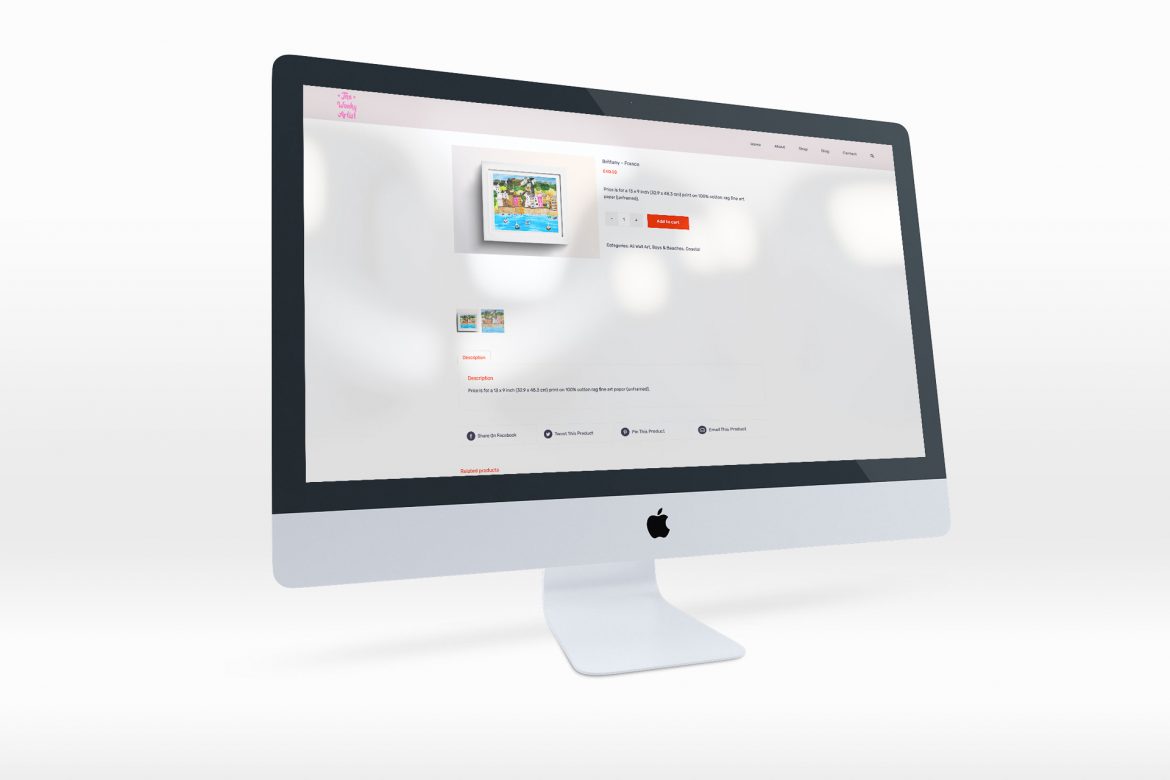 For me (Andy) this project has been a little unlike any of the others I have worked on in the past in that I already knew the client long before I started making the website.  Rachel Smith-Ruffle aka The Wonky Artist  broke her neck in a diving accident abroad when she was 23.

Rachel was hit by a freak wave in the Indian Ocean, hit her head on a sandbank and very nearly drowned. She was told that she would never walk again and that she would be forever in a wheelchair. Despite all of that Rachel has learnt to drive again, adapted a home, got married, had a baby, worked and travelled, all from her wheelchair.

After a particularly difficult period Rachels husband encouraged her to take up painting.  She initially laughed at the idea but has since gone on to become an accomplished artist with her paintings and commissions selling all over the world.   She has amassed a following on Facebook of over 10,000 followers who love to see what she will paint next.

Rachel already had a website when we began discussing the project.  It told her story and showcased her work but the shop side of the website had its limitations meaning that she was probably selling less work online that she could be.

With that in mind it was decided that it was probably a good time to start again from a design point of view but utilise the work that had gone into the original website.  The new site has a fresh clean look allowing Rachels art to do the talking.  The website has a fully functional online shop and a blog which Rachel will be using to keep her eager followers up to date with what she is up to.

We use cookies in order to give you the best possible experience on our website. By continuing to use this site, you agree to our use of cookies.
Accept